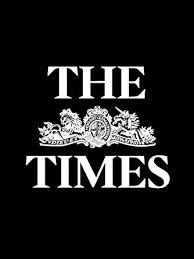 As if big nuclear power plants weren’t already toxic enough. To the usual list — exploding costs, endless delays, ruinously pricey electricity, and a vast clean-up bill — Sizewell C brings another joy. And not just that it’s being partly built by CGN of China: odd reward for the crackdown on Hong Kong. No, it’s that Sizewell C is in a “dangerous location”. Or so says Nick Scarr from the Nuclear Consulting Group, a collection of academics and experts.
The consulting engineer has examined the plans from France’s EDF and CGN to build the 3,200MW nuke on the Suffolk coast from the perspective of coastal erosion and climate change. And, assuming he’s right, his paper is alarming — unless you’re relaxed about the risk of the plant being encircled by sea. Sizewell C will be bigger and closer to the sea than the site’s existing reactors.

Mr Scarr takes issue with EDF claims that it’ll be effectively protected by the offshore Sizewell-Dunwich bank and a coralline crag, so creating a “natural wave break”. He points to studies showing waves are getting through in storms, while at the Sizewell C site the crag is more gravelly than desired. With decommissioning of the plant not due until 2150, Mr Scarr believes EDF and CGN are paying far too little attention to forecasts from the Met Office and the Intergovernmental Panel on Climate Change. Not least the notion that once-a-century “extreme sea level events”, are “projected to occur much more frequently by 2050”. He says the once in 10,000 year flood risk that “EDF trumpets” is “just 0.71m above the historical 1953 flood level”.
This is only Mr Scarr’s opinion, but he says his paper has been “approved” by Professor Andrew Plater of Liverpool University: a leading coastal geomorphologist. So, what’s EDF’s response? Well, it reckons Mr Scarr’s analysis of the effects of the sandbank and crag is both confused and wrong. It also says it has evaluated the likely effect of climate change. “The design of the power station, including its sea defence and the raised platform it will be built on, will protect Sizewell C from flooding,” EDF insists. It says it’ll take an “adaptive approach”, raising the sea defences “during the lifetime of Sizewell C if needed”. Mr Scarr says such an approach only works for construction projects such as painting the Forth Bridge every year, not sea defences for a nuclear plant. Indeed, he reckons it’s “clear evidence” that the location cannot “offer the criteria necessary for long-term safety of the project”.