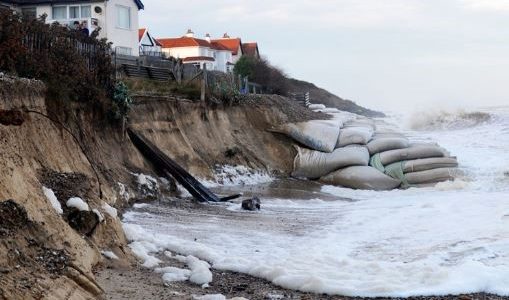 TOGETHER AGAINST SIZEWELL C CLAIM EDF IS “JUMPING THE GUN”: PREPARATORY WORK WILL THREATEN AONB

A complete copy of TASC’s response can be found here

Together Against Sizewell C (TASC) has criticized EDF’s plans to free more space on the site for the planned “B and C” development by moving some Sizewell B buildings and car park to other areas which would further impinge on the Suffolk Coast And Heaths Area of Outstanding Natural Beauty (AONB).

TASC’s Secretary, Joan Girling, said “it would appear that EDFE believe that by owning so much land in the Leiston-cum-Sizewell area that they can spread buildings, cars, lorries and anything they wish anywhere and everywhere in their land ownership to suit themselves. This does not constitute being a good neighbour and this consultation has proved that they are prepared to sacrifice precious amenities which are dear to the local community to achieve their goals.

It is quite obvious that without the relocation of the SZB buildings, the site allocated for Sizewell C (SZC) is not of adequate size. Until such time as EDFE have Planning Consent from the Secretary of State for SZC, any relocation of buildings further west of the existing complex of SZA and B is premature. If SZC does not receive Planning Consent, further areas of Suffolk Coast and Heaths AONB will have been sacrificed and Coronation Wood destroyed unnecessarily. TASC’s view is therefore that any application for relocation should not be considered by the Local Planning Authority but should form part of the application for a Development Consent Order for SZC and considered by the Planning Inspectorate.

TASC also take exception to EDFE’ comments that Coronation Wood is in a poor state, and of little value, yet the wood is an historic asset having been planted to commemorate George 5th Coronation and as such EDFE, the owners of the wood, should have applied a much better woodland management scheme to ensure its viability. The wood does not just contain pine but many hardwood deciduous trees. It also forms a green buffer to the Sizewell complex. TASC believes that the wood could be restored thereby ensuring its ability to carry out its function of obscuring the Sizewell industrial complex. Leiston-cum-Sizewell Town Council are opposed to the loss of Coronation Wood, it is just one of the woods which is named on the Oglivie Estate, forming part of Leiston’s heritage. It is incumbent on the owners, EDFE, to respect and manage it for the benefit of future generations.

TASC believes that the Outage Car Park planned to be built on Pill Box Field, resulting in road traffic to and from the car park adjacent to the public Bridleway 19 will put horses, riders and persons on foot at an unacceptable risk. This site is again in open countryside and directly viewed from many sides. TASC also questions the assumption that this disruption is purely to accommodate the outage for SZB once every 18 months. If SZC goes ahead with its two reactors this car park could be for the use of SZB and C outages once every 6months.

TASC urges everyone concerned about this proposal to send their responses, whether by email or letter, to EDFE by 1st February-see www.rlfsizewellb.co.uk