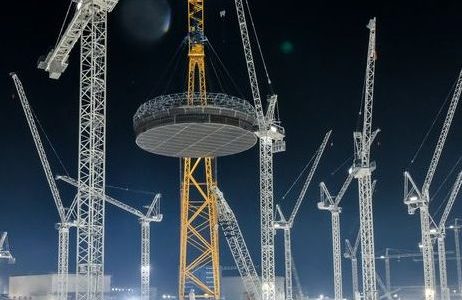 Together Against Sizewell C (TASC) has reacted with dismay and outrage at the government’s announcement that it intends to rob electricity bill payers of money which will be used to prop up a failed French nuclear company, Electricite de France, under the proposed ‘regulated asset base’ (RAB) model.  Sizewell C (SZC), along with other proposed ‘new build’ developments are destined to be far more expensive than their predicted costs incurring huge cost over-runs, completed much later than 2035 and will not, therefore, contribute at all to the net zero aspirations of the government: it may have escaped Boris Johnson’s notice that his own announced plans to decarbonise the electricity sector by 2035 mean that if Sizewell C is built, not only will there be no carbon in the sector to off-set by the completion date, but Sizewell C will begin operating with a construction carbon debt of many millions of tonnes, making a mockery of the much-trumpeted ‘low’ or even ‘zero’ carbon benefits of nuclear power.

On Wednesday, the government announced, “Up to £1.7 billion of direct government funding to enable a large-scale nuclear project to reach a final investment decision this parliament, subject to value for money and approvals. The government is in active negotiations with EDF over the Sizewell C project.” Even this would have been cold comfort to EdF rather than the ringing endorsement they might have hoped for.  £1.7bn represents just 8.5% of the £20+bn needed to build SZC, insufficient to replace the 20% Chinese interest, and demonstrates the government’s uncertainty about the project rather than full commitment.  As the statement says, the offer of the money is subject to a ‘value for money’ approval and the necessary approvals.  On the latter point, the Planning Inspector has yet to approve the plant’s construction – hardly a forgone conclusion given the torrent of cogently argued reasons at the inquiry why SZC is a bad idea – and on the former point, it might be considered a non-starter given the universal warnings from every credible financial commentator and observer about the foolhardiness of investing in such an untried and risky development.  If the £1.7bn is offered as an encouragement to other investors, there have been few parties thus far expressing interest for the simple reason that the project represents a bad investment decision, leaving the government with little option but to rob its own citizens for the privilege of destroying East Suffolk’s environment.

Pete Wilkinson, TASC’s Chairman, said today, ‘RAB means ROB, pure and simple. Without any public engagement, the government is determined to impose the new nuclear build programme on communities and force them to pay for those developments through energy bills which are already set to reach astronomic levels while leaving thousands more in fuel poverty.  This is not ‘levelling up’ – this is an act of insulting daylight robbery which, by the admission of its own management, has more to do with rescuing the faltering French nuclear industry than it has to providing low carbon electricity to the UK consumer

. ‘The RAB plan puts intolerable pressure and even more importance on the planning decision which has yet to be pronounced on by the Inspectorate.  The Inspectorate has heard, over the past few months, a litany of opposition to Sizewell C, from people determined to fight tooth and nail for the county they love and the lifestyle and livelihoods they have built.  It is, quite simply, a nonsense to say that there is an over-riding need for nuclear power:  we have had no new nuclear since Sizewell B came on stream in 1995.  In those 26 years, the lights did not go out, renewable sources of electricity have overtaken the contribution from nuclear, onshore and offshore wind power rose by 34% by 2016 and are now leading the way in reducing the UK’s dependence on fossil fueled electricity. (https://www.carbonbrief.org/six-charts-show-mixed-progress-for-uk-renewables). Nuclear is an option, not an imperative and should therefore be demoted from the status of an infrastructure project of overriding national importance.’