Mark Whitby Presentation – A Chilling Account of the Fukushima Disaster 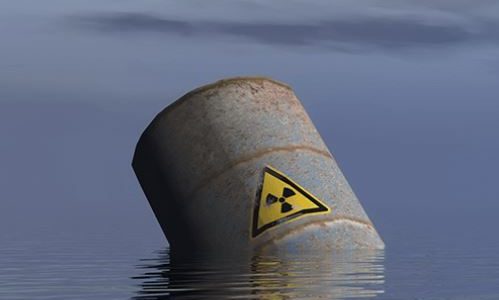 Mark Whitby FReng presented an in depth account and analysis of the 2011 Fukushima nuclear disaster at a very well attended meeting at Yoxford Village Hall on Friday 20th May.

The subject matter was chilling: by giving the audience an hour-by-hour, day-by-day account, from the moment the tsunami struck in the Pacific Ocean to the present day, Mark captured the cliff hanger that was the management of the dangerous and destructive forces that were at work. He then emphasised the ongoing magnitude of managing the ensuing situation which still exists up to the present day.

It was clearly illustrated that we owe a debt of gratitude to the Tepco employees who put their own lives in severe danger whilst trying to control the three disabled reactors. The fourth reactor was not working at the time. However, the spent fuel pond became dangerously close to losing the cooling water which kept the spent fuel from overheating. The loss of all cooling water could have caused the fuel to catch fire, resulting in an even more disastrous situation to arise .

There was no need to exaggerate the intense pressure that employees were under, as it was blatantly clear that when the station was without electricity and there was complete darkness throughout the site with no means of communication, the palpable sense of danger was clear for all. Without the workers’ commitment and determination to control the terrifying situation, the whole disaster would have had even greater environmental impact over a much larger area.

It took eight days to reconnect electricity to the site by reconstruction of the power lines.

In the surrounding country over the coming days, thousands of people were evacuated from a 2kms, then 5 and eventually 20 kms radius from the stricken plant to various sites, leaving their homes, their belongings, their animals and their memories. Vast areas are still contaminated with radioactivity and the amount of radioactive waste water that has flowed into the Pacific Ocean is incalculable.

Five years on, people are still living in temporary accommodation. Many are suffering ill health. Over a vast area, cars and properties are left abandoned where they were left, now overgrown with vegetation and decaying when people were evacuated. Schools, playgrounds and equipment are not safe to go back to because of the high levels of radioactive contamination.

There was no need for any exaggeration of the overwhelming sense of despair of those living in the Fukushima area at the time of the Tsunami must have experienced and the fact that the concentration of four Nuclear Power plants in a small area of the coast of Japan had exacerbated the devastation. It left the audience of people living around the Sizewell site with the thought of “What if it had happened here?”

Mark was thanked by Pete Wilkinson Chairman of TASC for his thought provoking presentation.