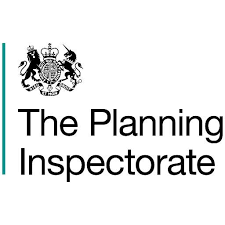 TASC has written to the planning inspectorate and the local authorities pointing out that the consultation stages have been inadequate.

We would like to encourage those of you who have similarly found the planning process to be unsatisfactory to send your personal comments, noting your disquiet, about the 4 Consultations held by EDF. It would be good if they were your personal experiences. Lack of information, no one to answer your inquiry, missing information, especially if it is near where you live and you do not have enough info i.e. Yoxford A12/ A1120 junction management. or if you feel the information was misleading or constantly changing.

It would be useful if you could email your thoughts to the planning inspectorate (PINs)and and Suffolk County Council and East Suffolk Council as soon as possible. The Local Authorities will take comments into account when sending their statutory satisfaction or otherwise to PINs. By also sending to PINS they should recognise the disquiet felt by the Consul-tees.

The Planning Inspectors (PINS) is sizewellc@planninginspectorate.gov.uk

If you wish to send a copy to EDF, their email address is

The TASC email to the Planning Inspectorate:

Pre-Application for Sizewell C: Observations, comments and dissatisfaction on lack of information and detail during the EDFE 4 Consultations and before Development Consent Order (DCO).

We were told that the new method of considering Infrastructure Applications would hasten the proceedings and the developers would provide enough information during the Consultation Process so as to achieve a comprehensive well considered plan before the DCO was submitted.

This most certainly is not the case with this EDFE Sizewell C (SZC) Plan,

TASC has pointed out at every stage of this process that we do not have the information or evidence for EDFE’s claims. Consul-tees are still left without even the most basic of information in many instances.

We submit that this renders the process inadequate and invalid.

It would appear that EDFE has not read the Guidance on Pre application Process 2008 and definitely has not adhered to the openness and transparency which allows for Consul-tees to make proper judgement.

When EDFE does submit its DCO, it is hoped that the Planning Inspectorate takes into consideration our deep dissatisfaction at the way EDFE have avoided the many in-depth questions which have been submitted by many consul-tees.

We are also worried that many studies which are required to substantiate EdFE’s claims regarding the development have not been available to members of the public.

The process began on November 21st, 2012. We have responded to all four Consultations, the last of which was held July to Sept of 2019. Many of the issues we have raised during that time have been raised by others, including Statutory Authorities, NGOs and individuals.

We have attended all exhibitions and made many requests for additional information. Some of the suggestions and matters in the Consultations have been considered and some changes made but in total, these changes do not substantially alter the fact that information across all four consultation stages has been sparse and insufficient for informed decisions to be drawn.

Major requests and concerns have been ignored or brushed aside. This is particularly true on environmental matters, including the EIA which we are told we will see at DCO stage. To make a proper appraisal, the facts and evidence are key; without them it is just guesswork. It is the developer’s responsibility to provide the consul-tees with proper researched facts to make sure all matters can be considered thus enabling a good judgement to be made. Many such matters have still not been addressed.